Highlight it up Blue for Autism awareness!

My son was inspired by one of our karate instructors who colored his hair in support of the Highlight It Up Blue for Autism Awareness ( https://www.facebook.com/HighlightItBlue ). His son has autism and just received a service dog from Can Do Canine ( http://can-do-canines.org/ ). This year the Highlight it up blue event’s proceeds went directly to benefit Can Do Canines. It is a great organization, and they can use all the support they can get in order to keep doing the great things that they do.

He was at karate Saturday morning, and on our way home from dinner on Saturday night he decided that he wanted to color his hair too. Next thing you knew, I was stopping a Walgreen’s for blue hair color. So there we were at 10pm at night bleaching and coloring his hair so we could show up at the event on Sunday March 30th and surprise his instructor. Click on the photo for more photos of the whole process. We also gave our daughter 2 blue streaks in her hair.

This entry was posted in Family Portriats and tagged Autism, Autism Awareness, Blue, Highlight it Blue.

On March 1st, Hairball rocked a crowd of all ages at the Myth in Maplewood. Hairball, if you didn’t know, is an 80’s cover band. A cover band like none you have ever seen before. They consist of 6 members: Happy, Bobby, Kris, Joe, Freaky, and Blake. Only 5 of the members are on stage at any given time, but most often you will only see 4. You may ask, why so many members if they aren’t all on stage at once?? Hairball has taken it a step beyond just rocking your socks off with their amazing musical talent. The 3 guys holding it all together for each and every song are Happy on guitar, Blake on drums, and Freaky on Bass. Bobby, Kris and Joe take turns playing frontman. This doesn’t simply mean jumping around on stage and singing the lyrics or playing guitar for a few songs. These three talented musicians are constantly changing costumes to bring you the look of the artists songs they are performing. They feature Ozzy, AC/DC, Queen, Twisted Sister and Kiss to name just a few. If you are a fan of 80’s hair metal you owe it to yourself to see their show. They never disappoint with their pyrotechnics and Happy’s high-flying, high energy performances. Click on the photo above to view more photos from the show. Check out Hairball online at http://www.hairballonline.com/ or on Facebook at https://www.facebook.com/pages/Hairball/46419033175

Junk FM definitely warmed up the crowd at the Myth in Maplewood for Hairball on Saturday March 1st. 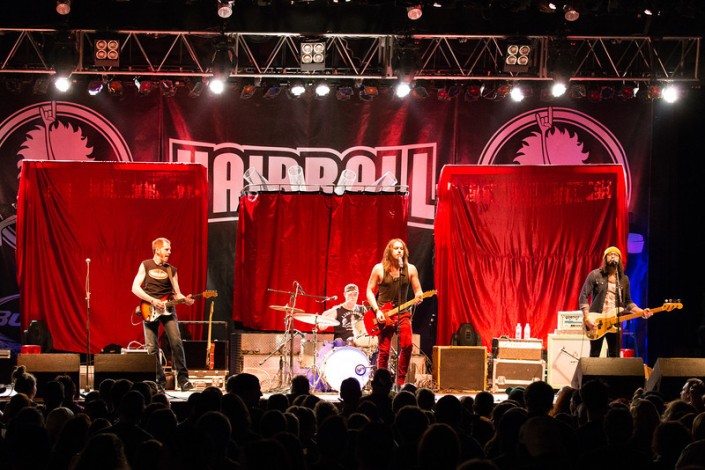 Junk FM in conjunction with Hairball rocked the Myth in Maplewood on Saturday March 1st. Junk FM was lending some support to Hairball to open up the show. By the time Junk FM was getting off the stage, the crowd was pumped and ready for some Hairball. But for Junk FM that wasn’t clearly enough. They weren’t done rocking yet.  As they quickly packed up their gear, they headed out to Inver Grove Heights and set up for a show at Jersey’s Bar and Grill. Here are some photos taken during their show at the Myth. Hope you Enjoy!

One – A Tribute to Metallica 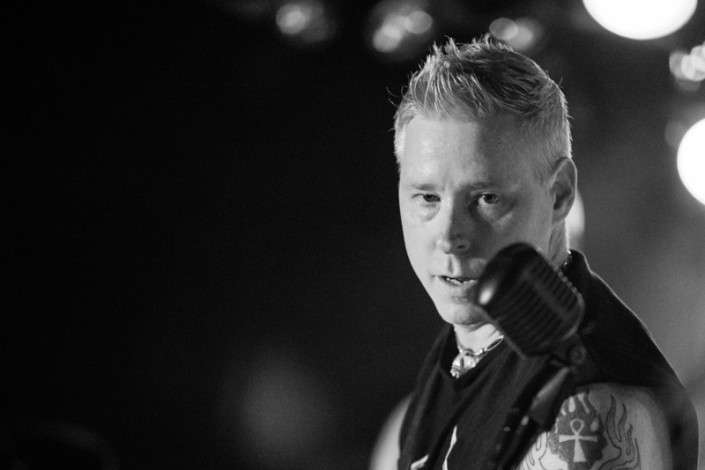 I rented some gear to shoot Hairball at the Myth (photos to come later) on a Saturday in March. The lenses arrived on Thursday, and while I was sitting on Facebook like so many of us do, I saw that there was a band playing at Jersey’s Bar and Grill. The band’s name was One – A Tribute to Metallica. I immediately though about trying to get access to shoot photos of the band with the rented equipment. What great chance to get used to the gear before the “big day”. I sent a message to the band via their Facebook page. And guess what, about an hour or so later I got a response, 3 hours before the show! I was stoked. I had never seen this band before, nor had I ever been to Jersey’s. I am pretty happy with a few of the shots. Smaller bars are quite a challenge. The lights are either very dim, or very close to the performers, causing harsh color cast. I hope you enjoy the photos!

This entry was posted in Live Shows, Music and tagged band, Bands, Jersey's Bar and grill, Live Music, One - A Tribute to Metallica, Twin Cities.

The week of Valentines I got a new camera. With this camera I will be able to capture photographs in much more difficult lighting situations. It is amazing to think about what those photographers whom shot film had to deal with. On these new fancy digital cameras we can change the sensitivity to light with the push of a few buttons. Back in the film days you had to physically change your film. With this new ability it is my goal to get out and photograph some concerts, To date I have shot 3 shows and 4 bands. But today I you will only be seeing photos take of Ditch Chicken at Stillwater Bowl in Stillwater Minnesota on February 15. Take some time to click on the photo and view the rest of the photos taken of Ditch Chicken. http://www.facebook.com/DitchChicken

So last weekend I shot 2 sessions.  I shot a couple with their dog on Saturday, and a family at the Como Conservatory on Sunday.  I wasn’t so sure how well the session with the dog was going to go.  I mean, was the dog going to sit still long enough for me to take a photo?  Would it even look at me?  I thought I was clever and stopped at Petsmart and picked up a squeaky toy on my way to Lakewood Hills park where we did the shoot.  But of course, the dog didn’t even care.  We still got some great shots though.  Some with the dog looking at the camera, and some without.  All and all I was happy, and because the dog was well behaved, it was actually easier than shooting a 2 year old.

Sunday lead me to the Conservatory at Como Zoo.  When we had discussed taking the families photos, we talked about locations.  Como was their first choice.  Como usually has a policy of only allowing you to take photos of 2 people(this is a family of 4), you cannot use a tripod, and it requires a fee of $25  for 30 minutes of shooting time.  Because of Como’s policy I started to look for other locations.  The weekend prior I gathered up the family and we took a trip to the Landmark Center, followed by The Union Depot, and finishing at The Guthrie Theater.  Later I found out that Como was having one of their artists, photographer, and family portrait days at the Conservatory.  This is an event where they open up to artists, and photographers.  They allow tripods, and allow you to take photos of more than 3 people.  And the fee is $5 per person.  This worked out great, the family got the site they wanted.  This was quite the difficult shoot though.  Everywhere except the sunken garden had low light conditions, and was pretty cramped.  We made it work and got some good shots of the family.

Things look better from a distance

I would have loved to take a photo of Mackenzie on this bridge, but she isn’t tall enough yet.

Yesterday on our way home from daycare we drove past a local park.  We drive past it all the time, but have never taken the kids there.  I decided that it looked bigger and nicer than the one closer to house, so I was going to take Mackenzie there after dinner to take some photos and let her play for a bit.  Unfortunately when we got there the lighting wasn’t cooperating with any of the shots that I had hoped to get.  I setup a few as you can see above.  There are many more that I would like to try on a overcast day, but those will have to wait.  So in short, it became more of a trip to the park for her to play than to take photos.  The playground isn’t in nearly as good of shape as I thought.  Some of the tubes had big holes in the tops of them, and some intersections that were supposed to have covers on them had the covers missing.  We probably won’t be going back anytime soon!!

This entry was posted in Uncategorized and tagged Photography.

You can’t always get what you want!!! 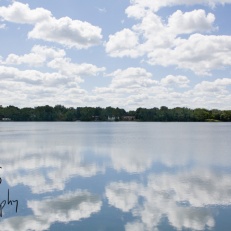 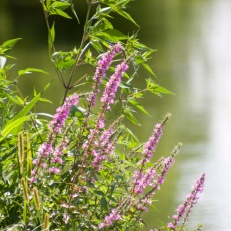 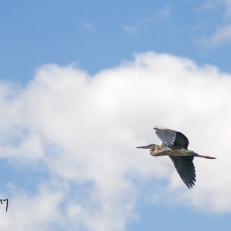 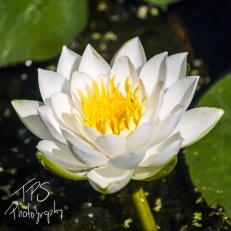 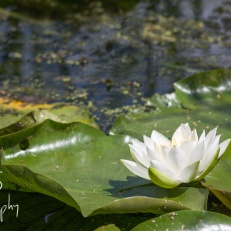 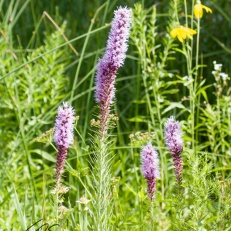 Today I an hour to kill before work.  I went to the local lake to try to capture “Summer in White Bear Lake” because that is a theme for a contest in a local magazine.  I had all these expectations and ideas of what I was going to try to capture, however because it was the middle of the afternoon there was little to no action on the lake.  I was forced to switch gears to capturing photographs of flowers around the lake.  After a few shots I looked across the street and saw a smaller lake.  I walked over there and got a few images.  My favorite is probably the photo that I titled Reflections.  Take a look and see for yourself.  I am hoping to get down to a weekly car show close to home this weekend and capture a few cool photos.  We will see what the weather brings for that.

Click on an image and leave a comment.  I would love to hear what you have to say!

Flowers, Dragonflies, and a Butterfly

Today I had a day off from my real job and decided I needed to go shoot something.  I scoured the net to find good places to shoot in the Twin Cities.  I got in my car ready to head to Como Zoo.  I soon realized that I wasn’t going to have enough time for that.  So I decided that I would try to find Indian Mounds Park.  As I drove past the park I kept looking out for interesting items to photograph.  After finding a few places there I figured it would be good to head back towards home.  On my way back I thought I would stop at Lake Phalen to check out what options I had there to shoot.  There I spotted a butterfly and dragonfly zipping around near some wildflowers by the waters edge.  The photo walk link will take you to the photos from the day.  If you would like to purchase a print don’t forget to go the the website.  tpsphotos.com

Welcome to my blog page.  Stay tuned for more info about TPSphotos.com

This entry was posted in Uncategorized.